Looking for something yummy to dig into after opening presents this Christmas morning?  These cinnamon rolls should do the trick.  Warm and gooey, with a hint of banana and declines cream cheese frosting, they would make the perfect accompaniment to any brunch!
I brought them to our family pre-Christmas brunch yesterday and they were a hit.  And while I won’t say they were “quick and easy” – they were well worth the extra effort! 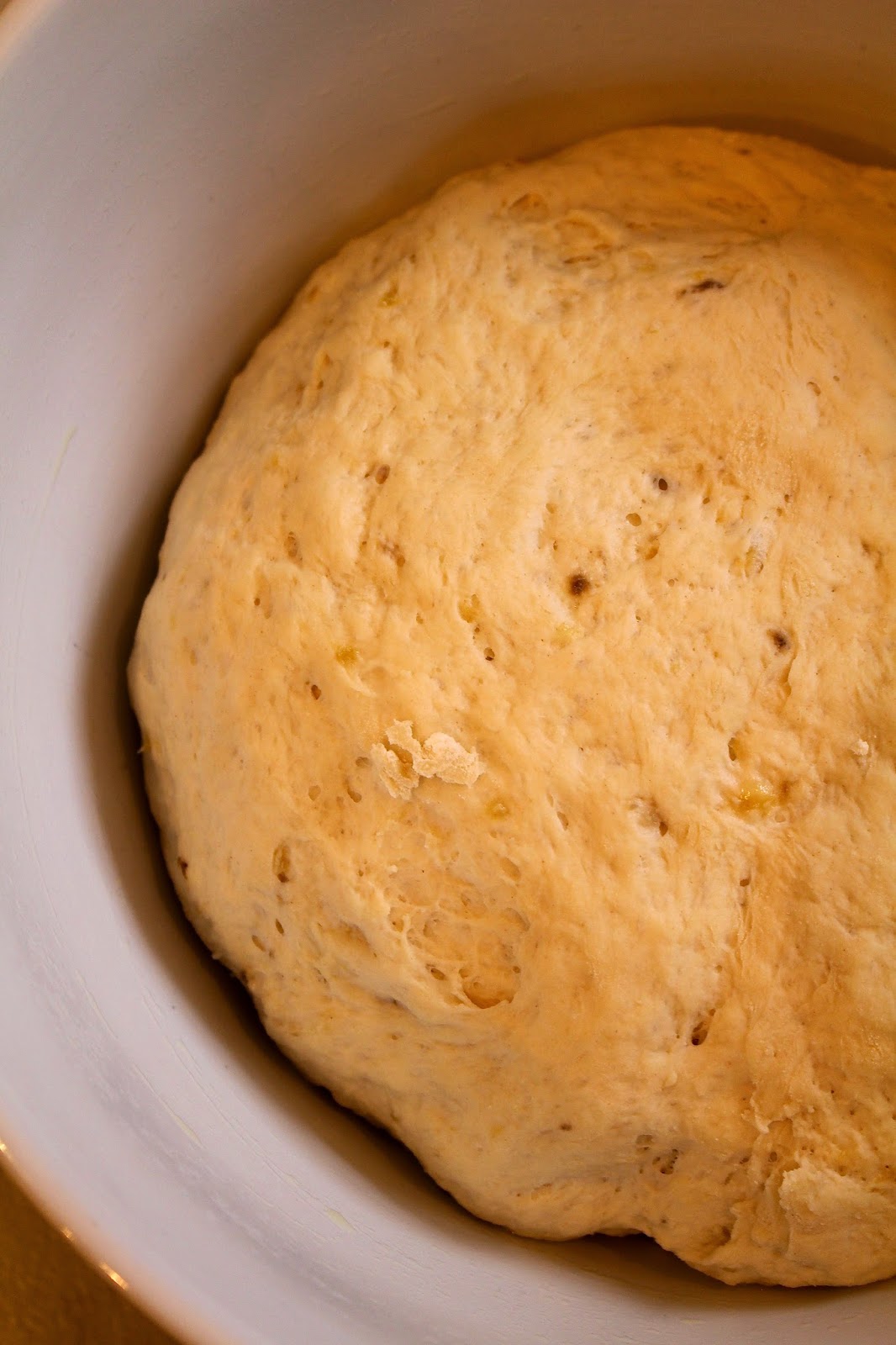 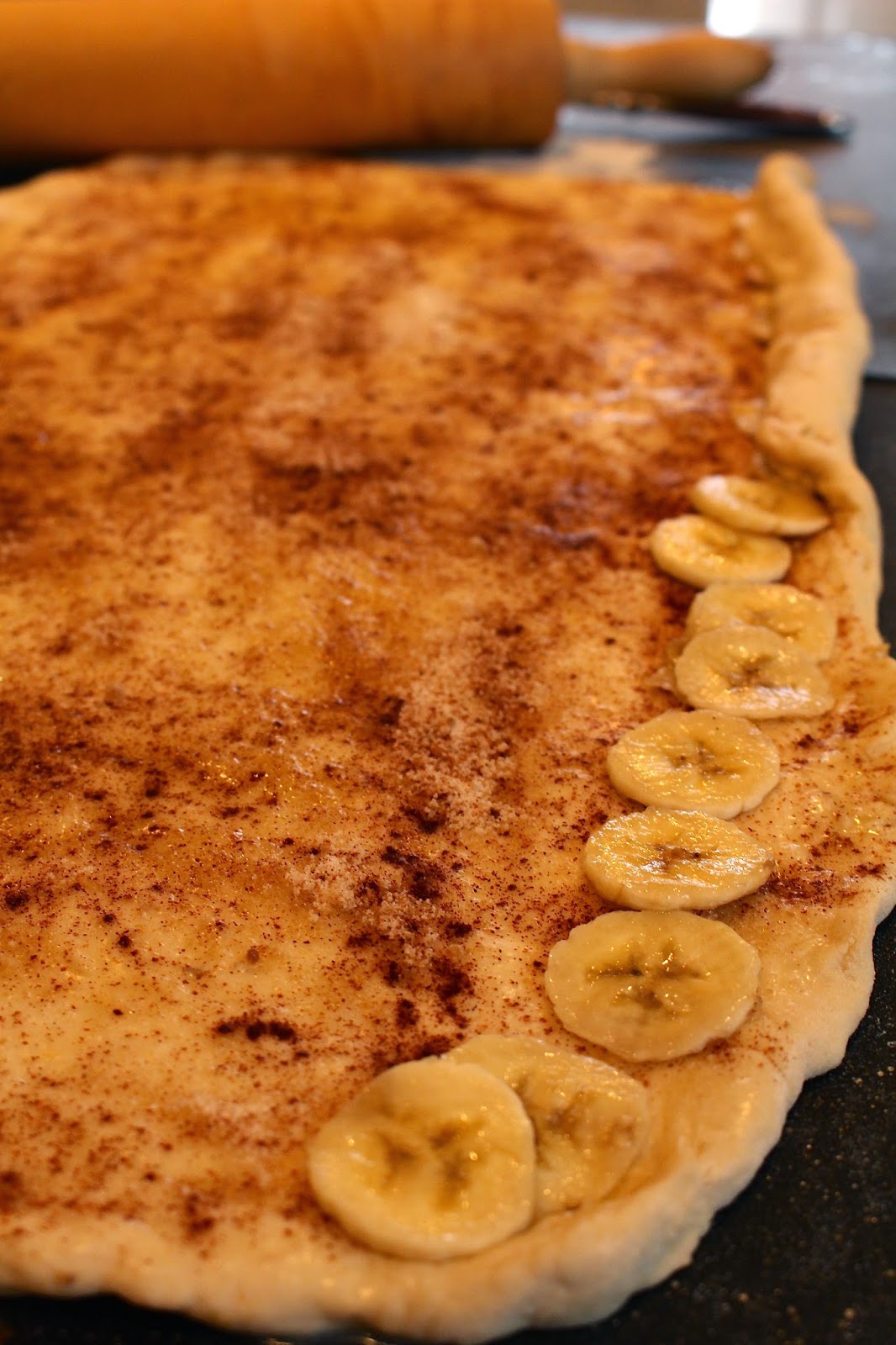 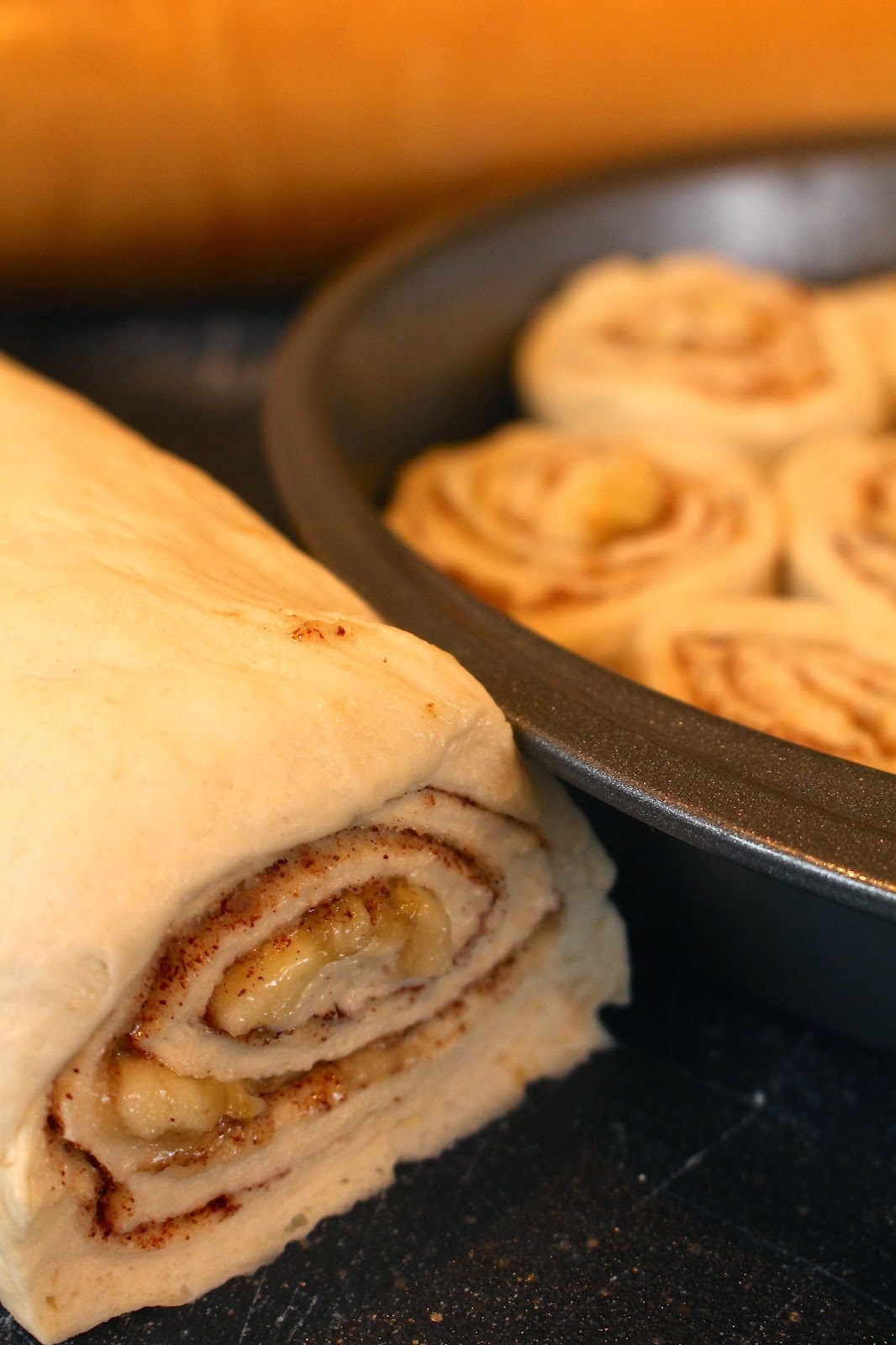 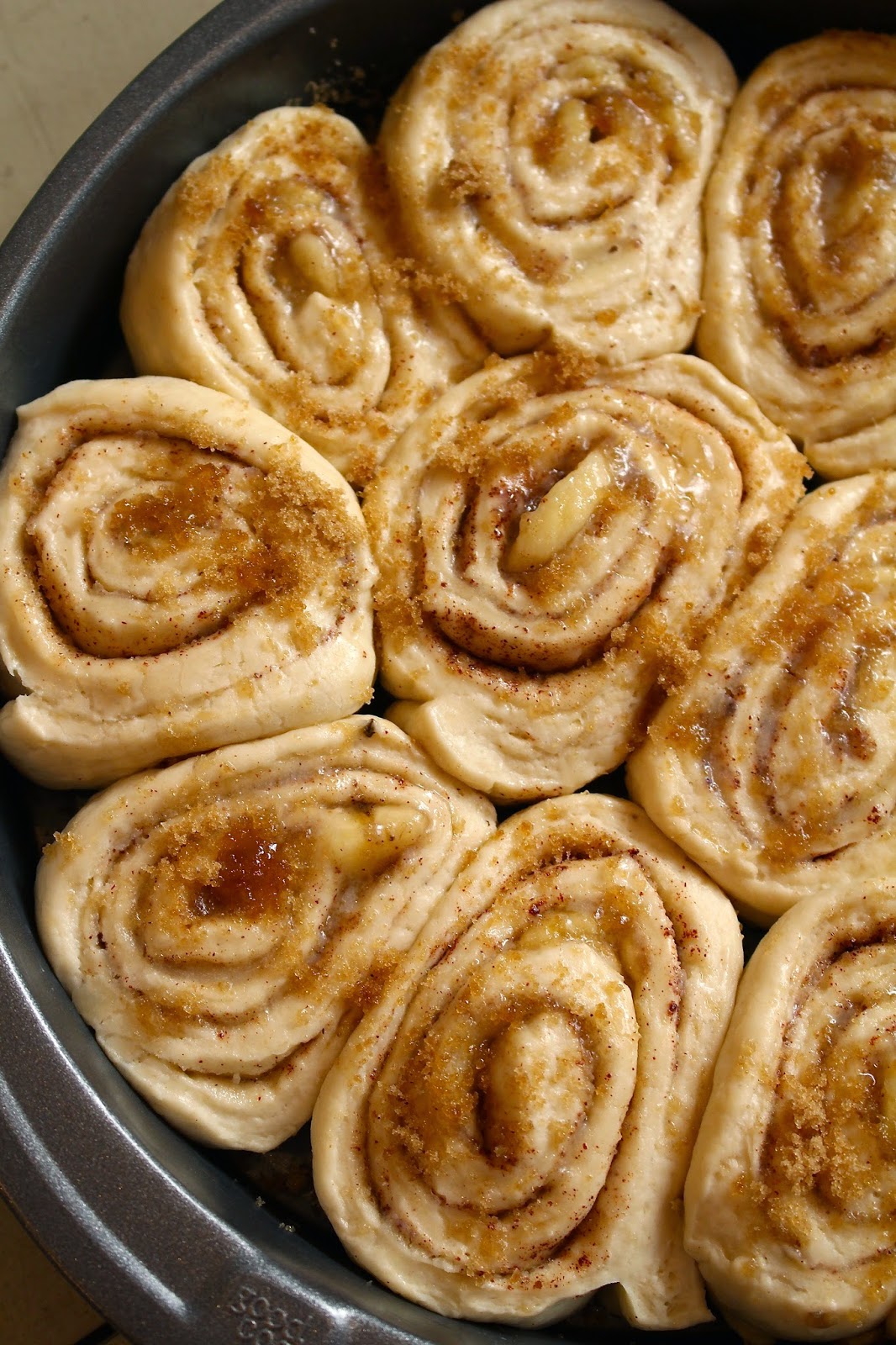 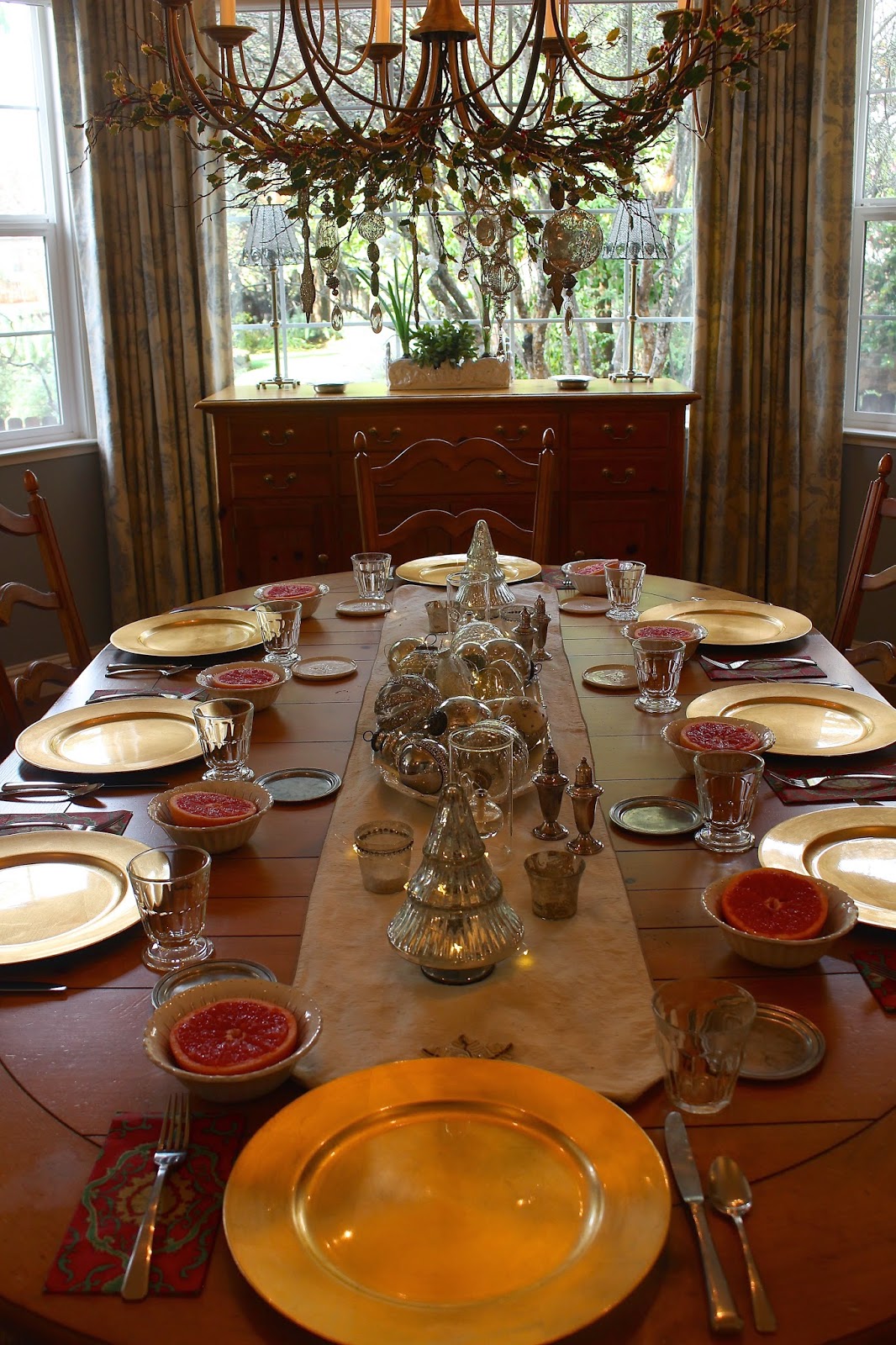 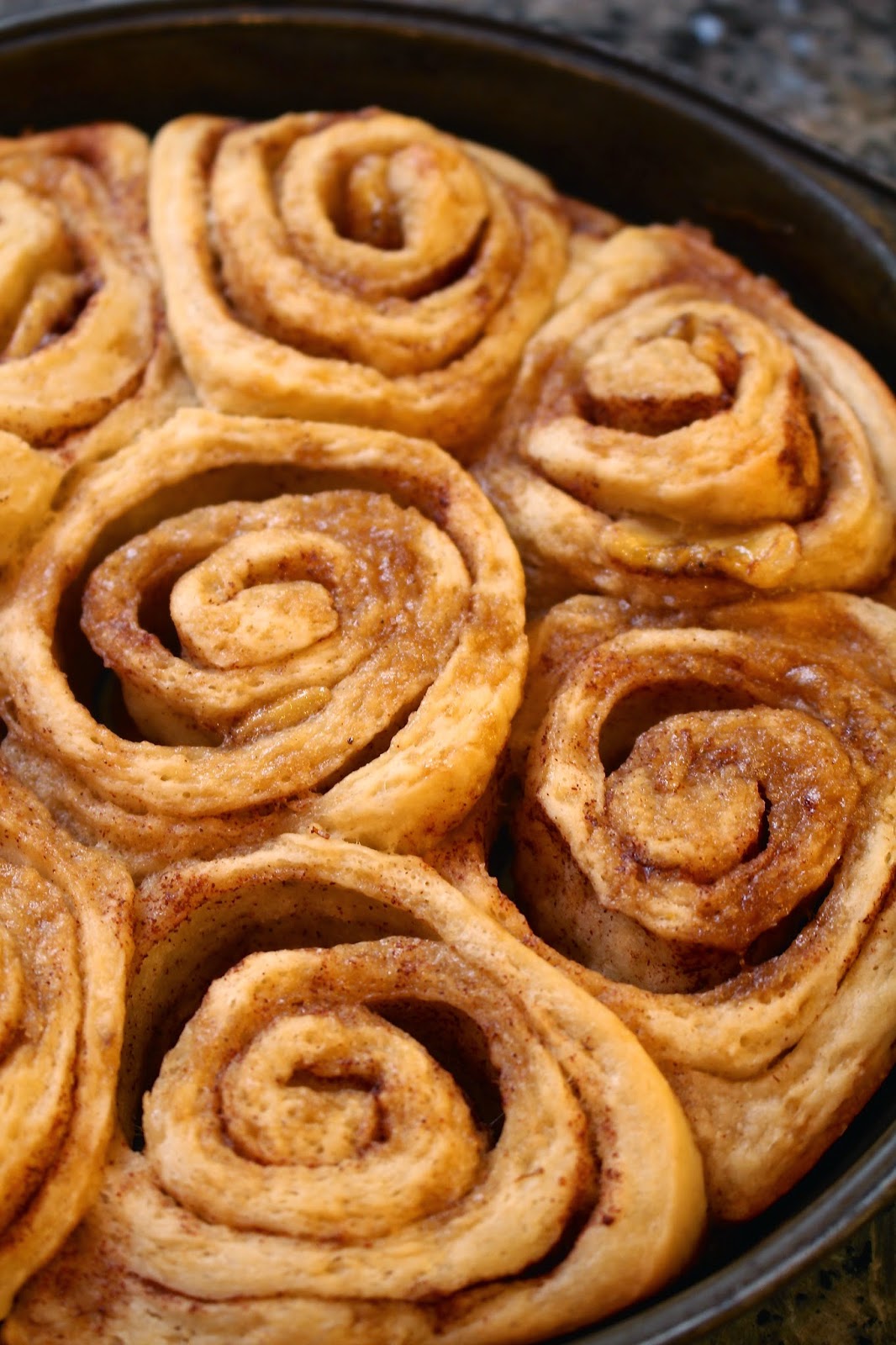 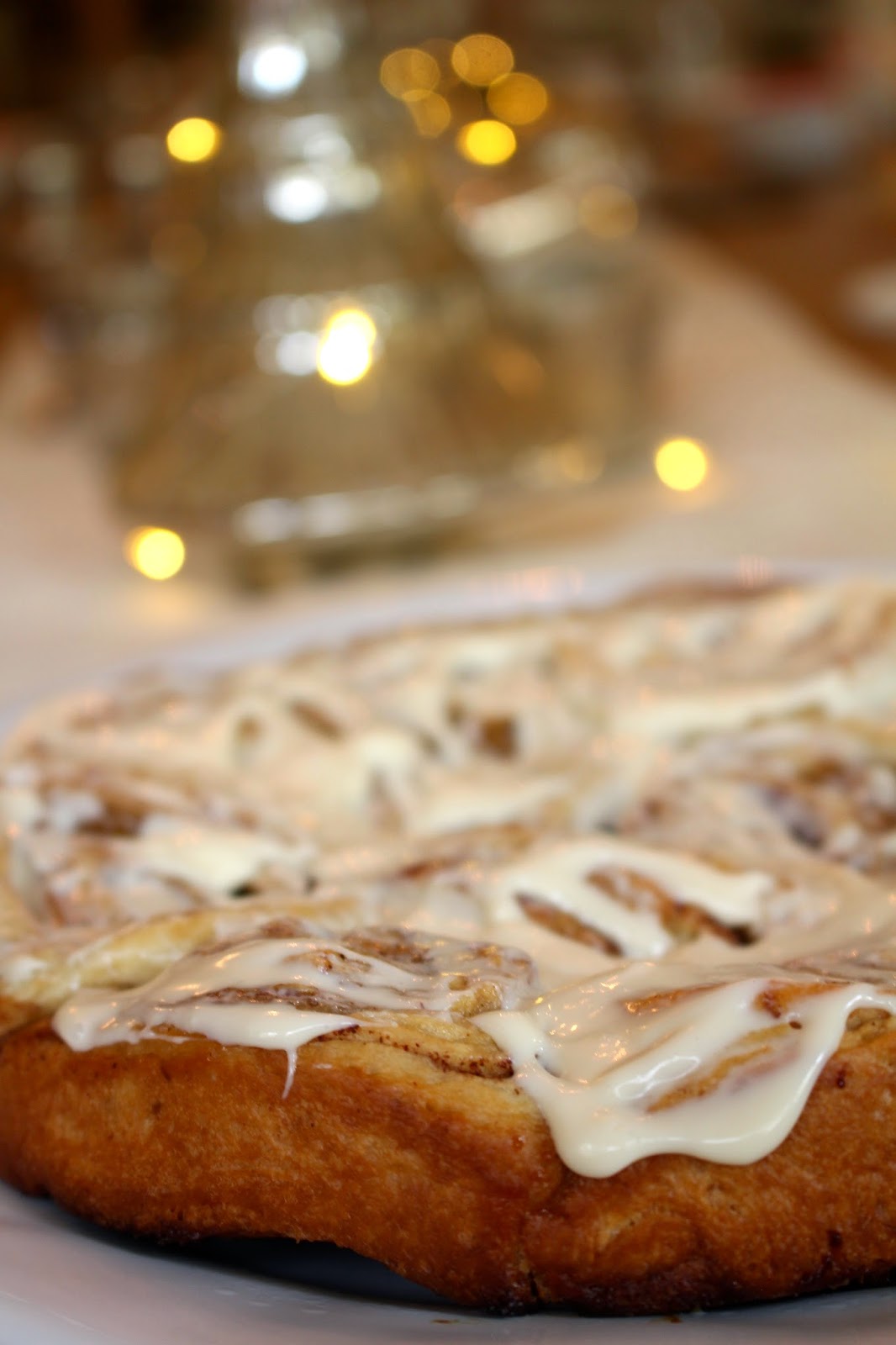 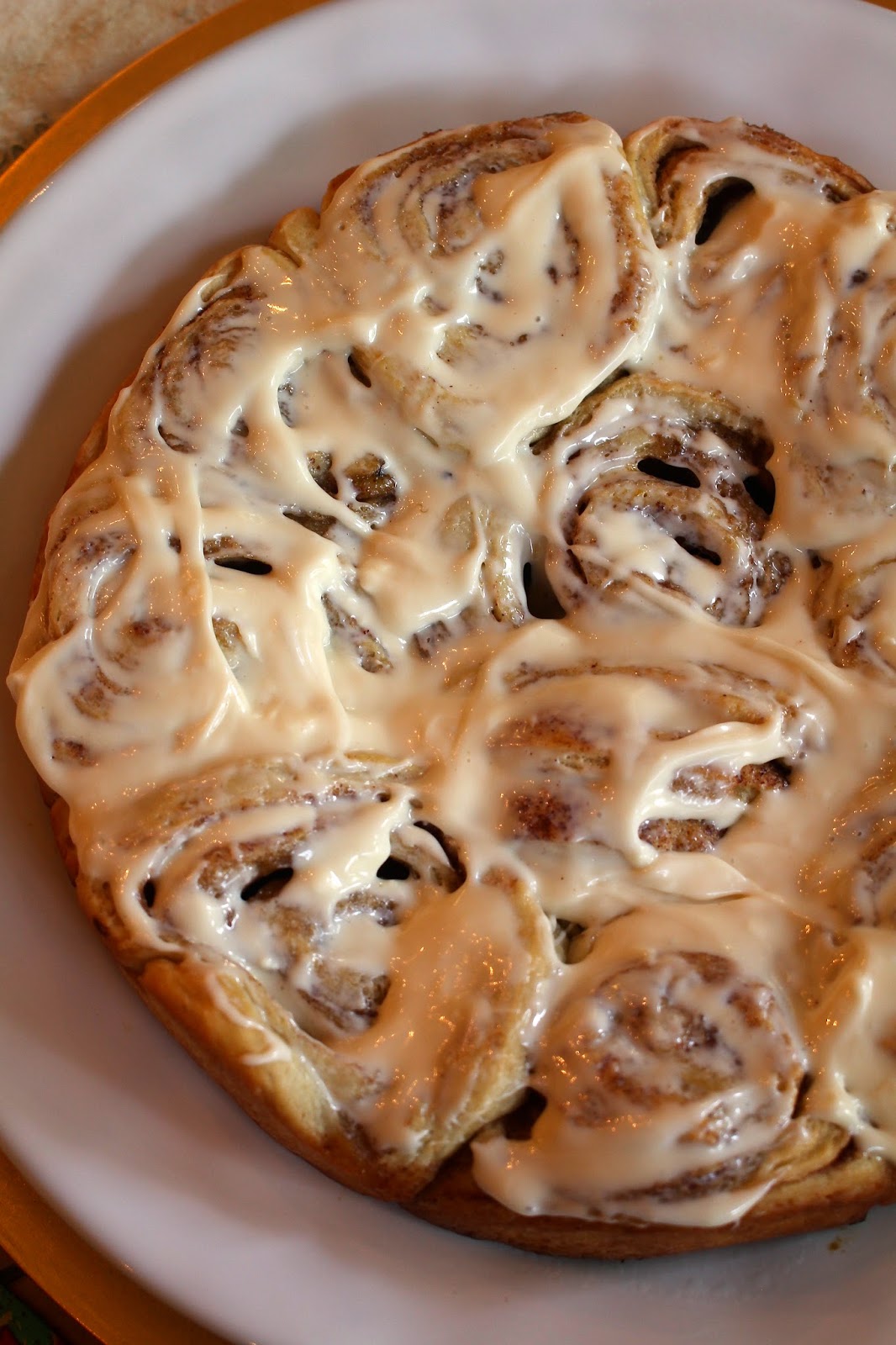 Add flour 1/2 cup at a time, stirring
as you go. The dough will be sticky. When it is too thick to stir, transfer to
a lightly floured surface and knead for a minute or so, adding flour as needed,
until it forms a loose but still springy ball. Only use as much flour as it will
take.Rinse out your mixing bowl, coat it
with canola or olive oil, and add your dough ball back in seam side down. Cover
with plastic wrap and set in a warm place to rise for about 1 hour, or until
doubled in size.

On a lightly floured surface, roll
out the dough into a long rectangle ~1/4 inch thick. Brush with 1/4 cup melted butter
and top with 1/3 cup sugar (I used a little brown sugar mixed in with the cane
sugar) and 1/2 – 1 Tbsp cinnamon (up to preference). Then add about 20 very
thin banana slices so it’s easy to roll.

Slowly and tightly roll up the dough
and situate seam side down. With a serrated knife cut the dough into 1.5 – 2
inch sections and position in a well-buttered 8×8 square or comparable sized
round pan *(you should have about 10 rolls). Brush with remaining 1 Tbsp melted
butter and sprinkle with a bit more sugar (brown or cane).

Cover with plastic wrap and set on
top of the oven to let rise again while you preheat oven to 350 degrees F.

Once the oven is hot, bake rolls for
28-35 minutes or until slightly golden brown.While rolls are baking whip up the
frosting. Combine butter and cream cheese in stand mixer and beat until
combined.  Add vanilla and beat
again.  Add powdered sugar 1/2 cup at a
time until you reach desired consistency (I used about 2 cups)

One rolls are done, let cool for a
few minutes,  frost, then serve warm. *I decided to cut thinner rolls and ended up with two
round pans and approx. 2 dozen rolls.
Bake time was still the same.