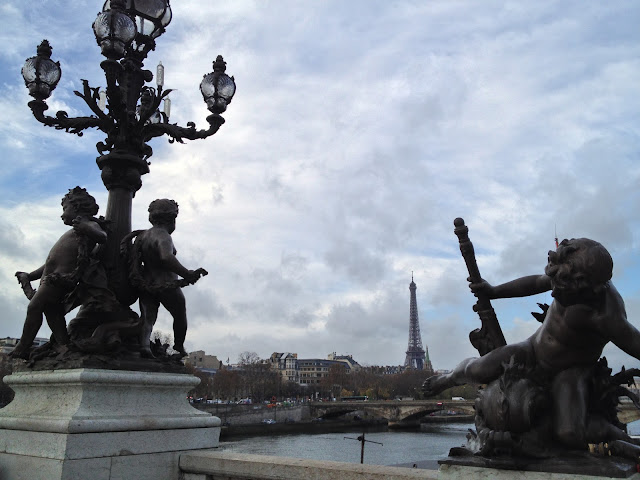 **I wrote this post almost one year ago and realized I never posted!  One year ago today, on my way back from Morocco, I was gallivanting around Paris, hitting up all of my favorite spots, so I thought it was only right to share my take on what to do if you ever find yourself with 7 hours to spare in Paris!When life gives you lemons….take an overnight layover in Paris!

On a recent trip I found myself with an overnight layover at CDG.  I was schedule to fly out first thing Monday morning, but decided I was too close to not spend the day in Paris, the macaroons were calling my name!  So, I “volunteered” to bump myself off of my oversold morning flight and opted for a PM flight.  An hour later I was snuggled up in an airport hotel, giddy at the thought of Paris in the morning!  It had been a year and a half since I was last in Paris with my Mom, I made my plan of attack to ensure I would hit all of my favorite spots in the time I had.

I woke up early to catch the RER into the city leaving me 7 hours to explore before having to head back to the airport to catch my flight.  I took the metro to the Invalides stop and began my day!  There is nothing better than emerging from the metro onto the Paris streets, I did a little giddy dance, repeating to myself “I’m in Paris!!”  I said a quick hello to the “eiff then took a stroll over the Pont Alexander. 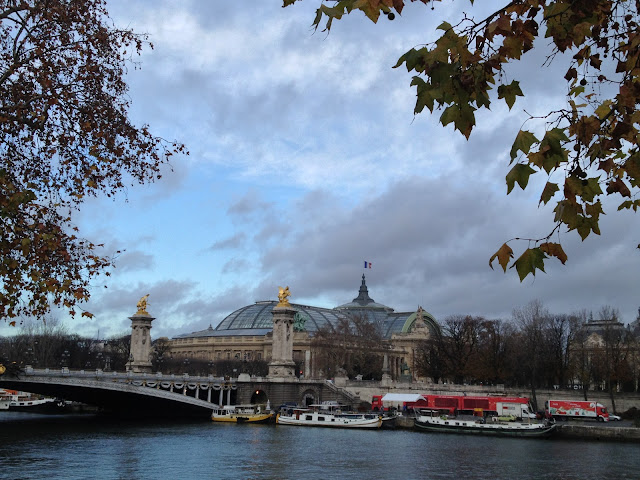 Past the Grand and Petite Palais (1 day late for the Karl Lagerfeld exhibit!)  Up the Champs Elysees, past La Concorde and to the Madeleine where I stopped for breakfast. 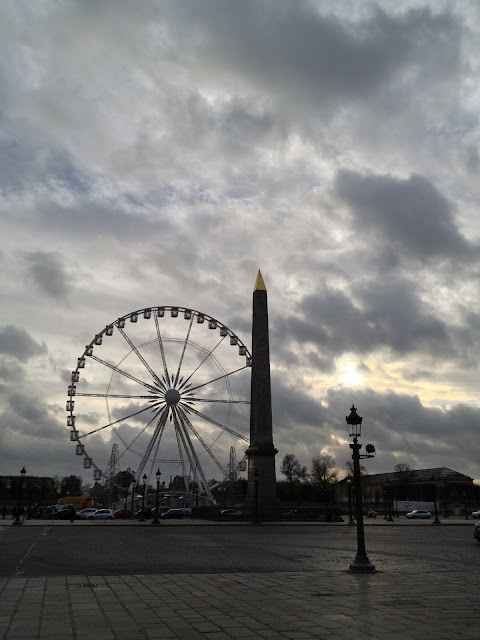 There was no time to pause, I had places to go!  I conveniently remembered that there was a Laduree in the neighborhood so I just had to pop in.  One salted caramel and espresso macaroon later I was on my way once again. 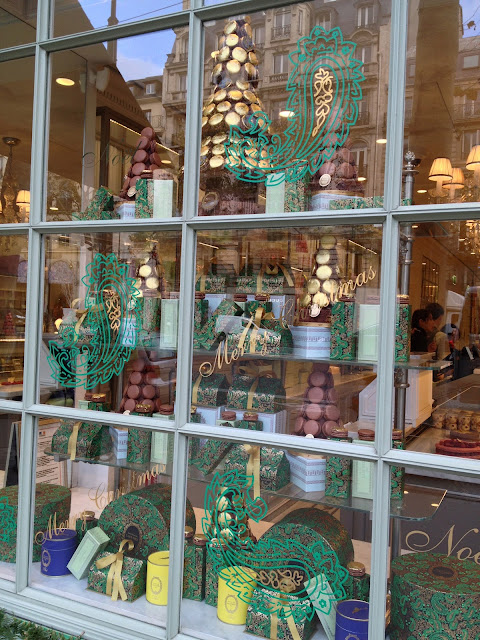 Then off to Chanel on Rue Cambon, the scene of my first designer shoe purchase when I studied abroad.  I continued down the Rue Saint Honore, popping in to Colette, Astier, and Herve Chapelier.
I continued to walk, past the Louvre and the Palais Royale, up to Rue Etienne Marcel and over to my favorite market street, Rue Montorgueil.  It was a Monday so many of the shops were closed, but I remembered from my last trip in a frantic search before leaving for the airport, that this bakery was open on Mondays and had my favorite fig bread!  I stocked up, and immediately tore off the end of a mini baguette and savored (my gluten free habits don’t apply during vacation). 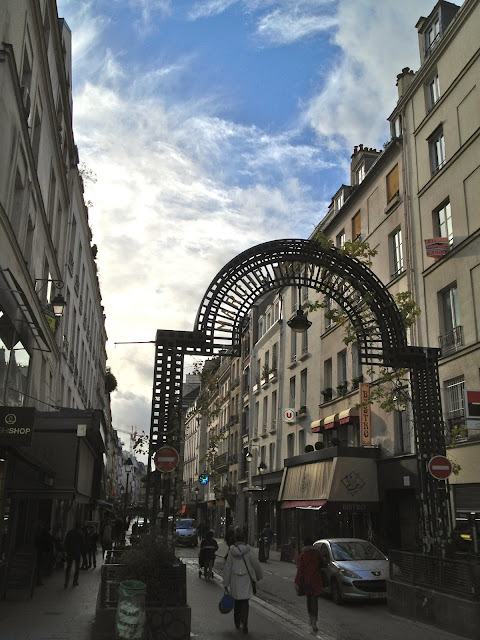 Onward towards the Marais, I walked past the apartment we stayed at and our local metro station.  I had hoped that the Marche des Enfants Rouge would be open, but my luck ran out (was hoping to have a prosciutto crepe from my guy!).  So I settled for falafel at L’as du Fallafel, a close second! 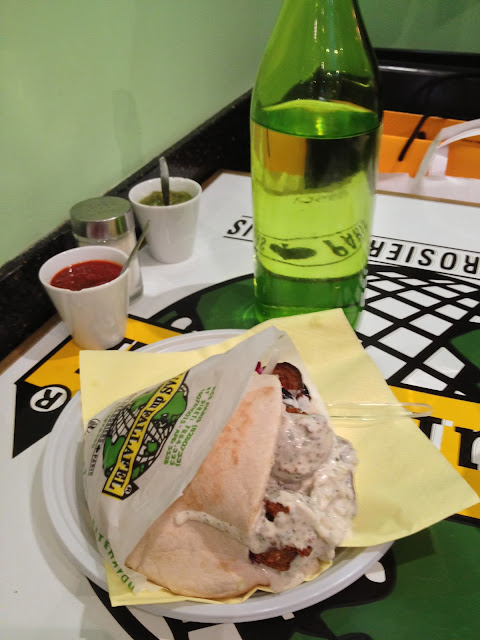 I spent the afternoon wandering around the Marais, shopping, strolling, taking it all in.  I picked up a new pair of sneakers at Bensimon and a sweater at a local boutique.  Little treats to remind me of this wonderful day! 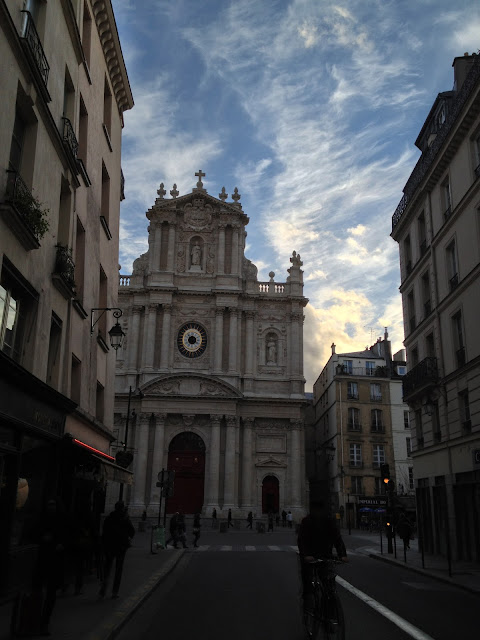 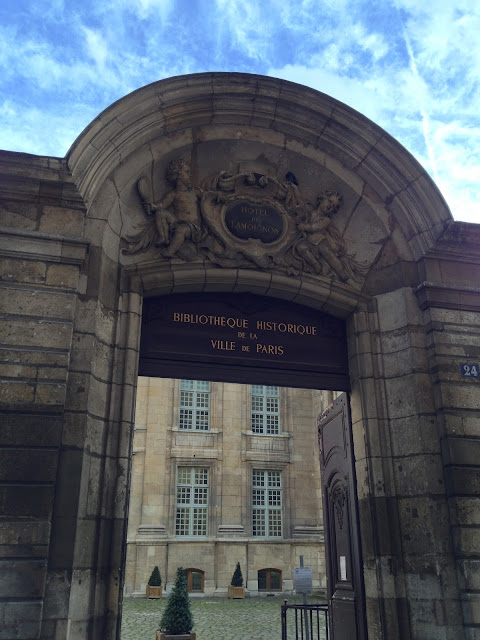 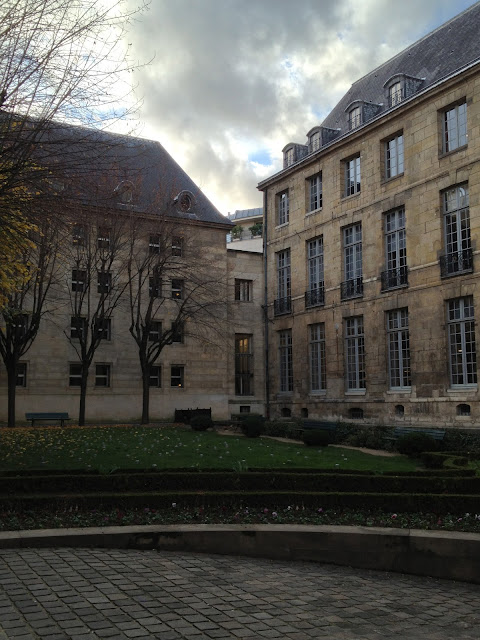 I found a cheese shop for a slice of Comte to take back with me to the airport for one final snack.  One full, perfect day in Paris, this should tide me over for a least a little while 🙂 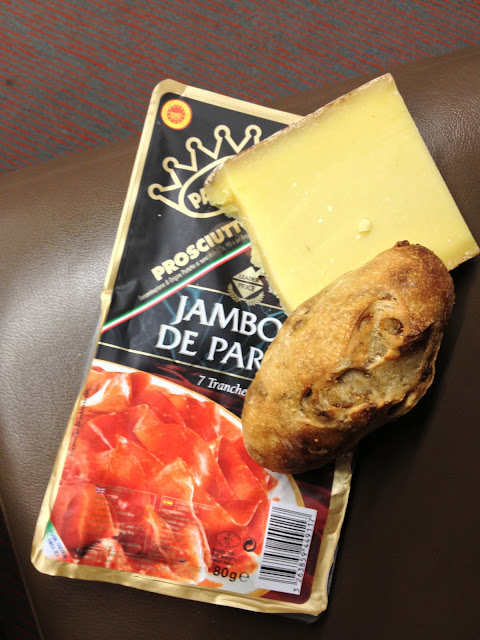