In an effort to squeeze every last drop out of summer (August already?!?!) we threw an impromptu picnic on the west side highway.  It seems the sun is setting earlier and earlier every day, but clear blue skies made for a perfect sunset. 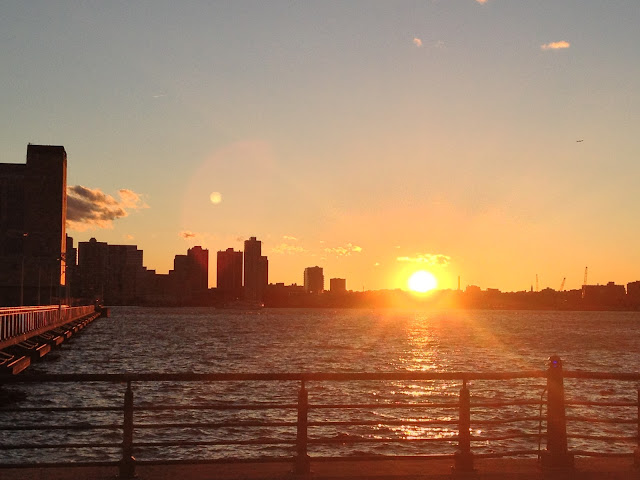 My friend Sydney brought along a Louis Latour 2010 Chardonnay.  The fancy bottle and French appellation wrongly gave me high hopes (marketer’s dream?) but I was a little disappointed in this.  Perhaps it was a little past its prime; it was a bit lackluster and fell flat.  I didn’t get any of the “toasty” bouquet mentioned in the tasting notes, but again wouldn’t really expect that from something aged in stainless steel.  It was relatively easy to drink and no complaints, but not something I would seek out in the future. 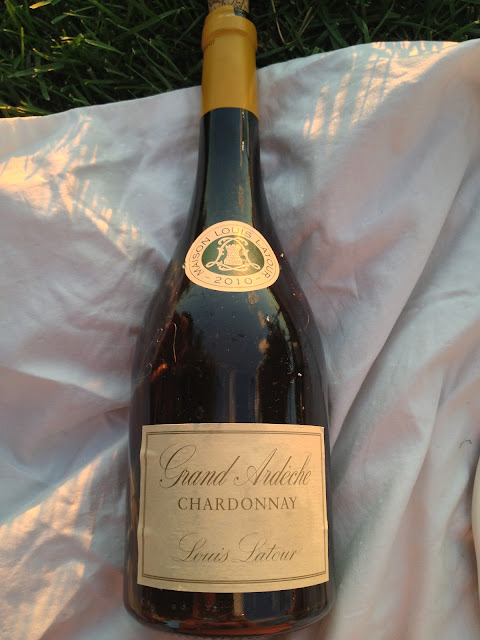 I’ve been on a serious greenmarket kick and attempting to enjoy all of nature’s bounty in these fleeting summer months.  I think I’ve made this salad 4 times in the past week, all to rave reviews of company, myself included! 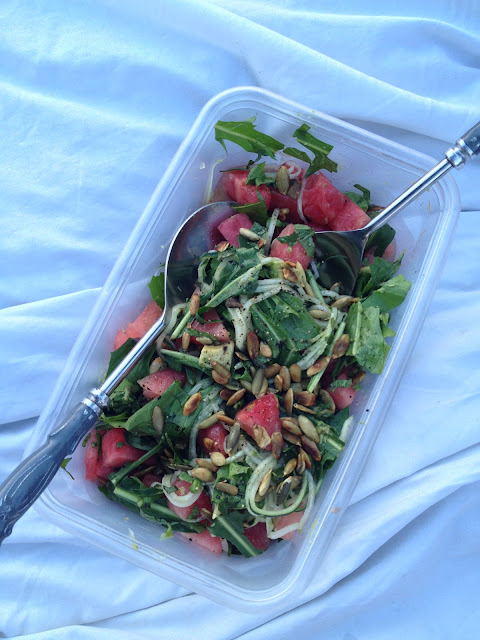 We stayed until well past sunset and lucky for us there was a fireworks show near the Statue of Liberty!  A perfect New York night! 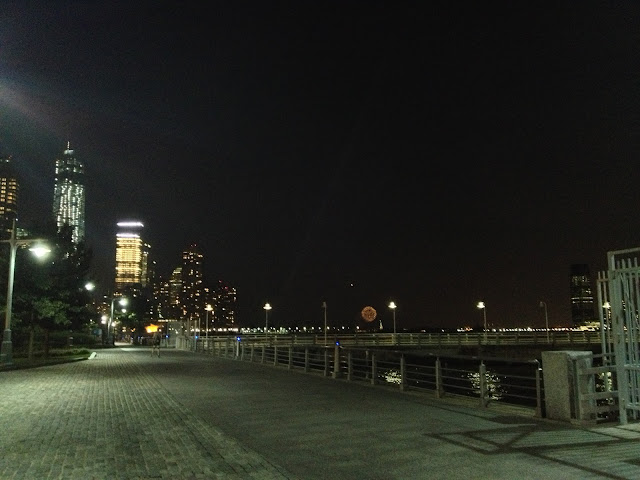 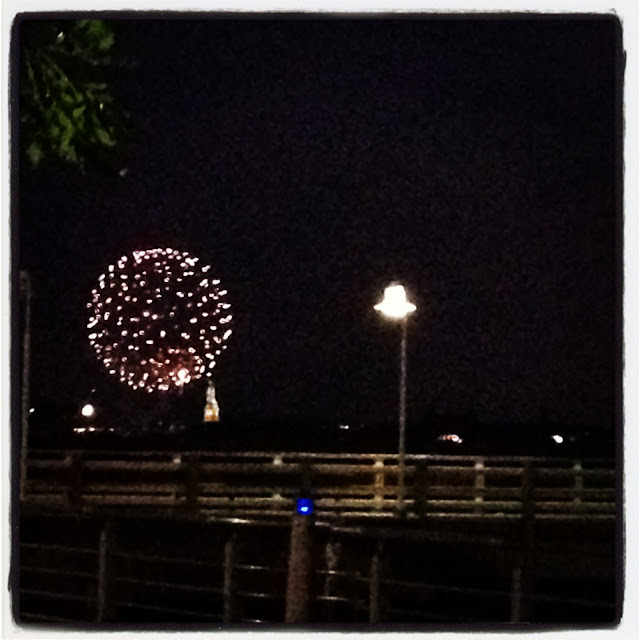