After a failed attempt at polo watching last summer (Veuve Clicquot Polo match on governor’s island was so hot, I had to leave before it even started!) I was so excited to make it to a Saturday match in Bridgehampton. While Nacho and the Blackwatch team weren’t playing this weekend 🙁 the match didn’t disappoint. I had no idea what an intense sport polo was. It’s like hockey on horses! The best part was getting to go out on the field in the time old tradition of stomping the divots, I felt just like Julia Roberts in Pretty Woman! We caught a sneak peak of the VIPs in the tents (including Kelly Rutherford running after her two adorable childen) sighhhh, there’s always next year! 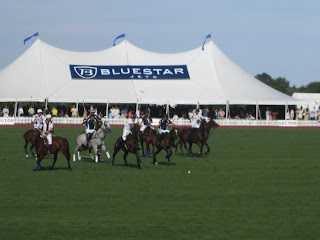 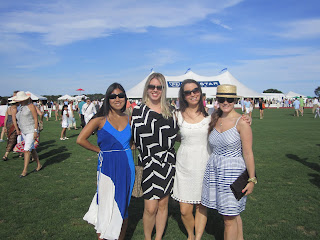 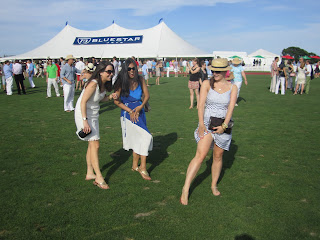